Part of physics has curiously remained in the shadow. It is discovered when a huge amount of energy must be quickly dissipated. There are few cases, but they are crucial for the environment: control valves, safety valves, hurricanes, etc.

There are analogies between the physical phenomena that occur in the safety and control valves of nuclear power plants in particular, and those that occur in hurricanes. In both cases, flows enter chaotic areas in which new orderly structures emerge. A tropical storm then becomes a hurricane, that is a huge solar power plant that moves on the surface of the ocean.

Research into valve behaviour has led to significant improvements by introducing a new concept in physics: the principle of worst action. The application of this principle, with its unequivocal name,  introduces a great disorder into the molecular world in order to avoid chaos in our macroscopic world. It is head-on opposed to the principle of least action of classical mechanics, hence its name. The spectacular results obtained have led some manufacturers to use this principle quickly.

The increase in valve accidents reported by the media, some of which are described in a website provided below, led to a new explanation of the Three Mile Island accident, the worst civil accident on US soil. Attached is an open letter addressed in 2013 to Jimmy Carter, a nuclear physics specialist in US Navy and former US President. His attached response was clear.

The hurricane acts as a valve releasing the heat energy accumulated in the tropics during the hot season. The previous work on valves has allowed an in-depth description of hurricanes, based on the laws of thermodynamics and chaos theory. It has then become possible to present a draft solution to calm these hurricanes in order to downgrade them to a tropical storm, much less aggressive, and more useful for the thermal balance of our planet Earth. It seems possible, at the cost of a significant technological effort, to destabilize these magnificent hurricanes that nature builds at sea, before our eyes, magnificent but harmful to humankind.

P.J : An Open Letter to Jimmy Carter, Former President of the United States of America
« A Positive Lesson from the Accident at Three Mile Island »

For see the page clic on the image 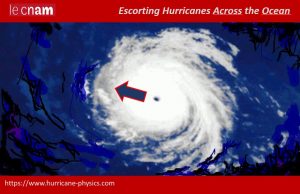